Sougia is one of the lovely seasides villages of Crete, located 70 kilometers southwest of Chania, at the exit of the gorge of Agia Irini. In antiquity, Sougia Syia called, the word \"sow\" means a pig because there was organized breeding pigs because of the many oaks that existed in the region, which is the favorite food of these animals. Even today there are many oaks in the region, mainly through the gorge of Agia Irini.

The port of ancient Syia was the port city of Dorian Elyros, a very important city in antiquity, which minted its own currency. The ruins of this city located on the hill \"head\", near the village "Rodovani" (north of Sougia). From ancient town, Syia few remains have been preserved over time, and are located on the east side of the river "Agierinioti" passing through the gorge of Agia Irini and flow into Sougia beach.

In front of the houses of the village, it is a long beach which starts from the west, from the small port of Sougia and is spread 1.5 km to the east. At the end of this beach is a small bay, well-protected between rocks. This point is the favorite place for nudists. The eastern part of the beach is not as organized and mostly preferred by nudists, whereas the part of the beach in front of the settlement is organized with umbrellas, showers, and a lifeguard.

The beach has coarse sand and pebbles, and the water is crystal blue, deep, and very clean! Throughout almost the length of the beach, there are trees that offer shade to the swimmers and below them, you can even camp! When you visit Sougia you can find taverns, bars, inns, ATMs, and a small grocery store for all your needs.

To visit Sougia from Chania, you should follow the provincial street Chania-Sougia which leads you to \"Alikianos\" and from there descend to the village of Sougia. Although the road is narrow and has many turns, the route is beautiful as it passes through orange groves that exist in Alikianos and by green mountains and picturesque villages, until they end up in the Libyan Sea and Sougia. 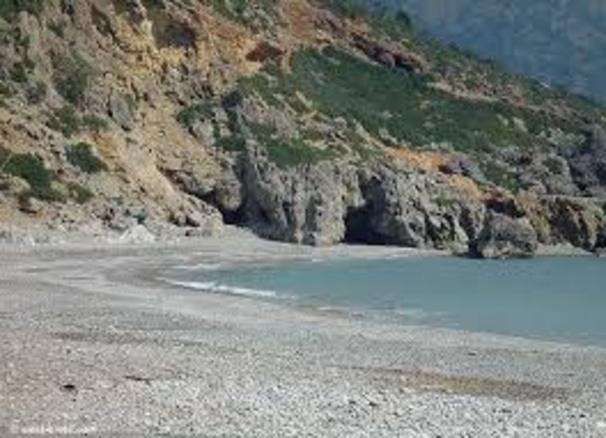 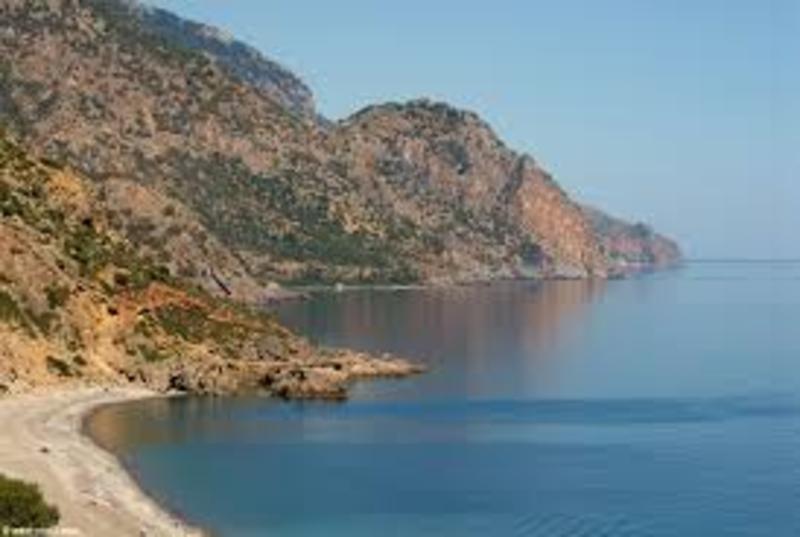 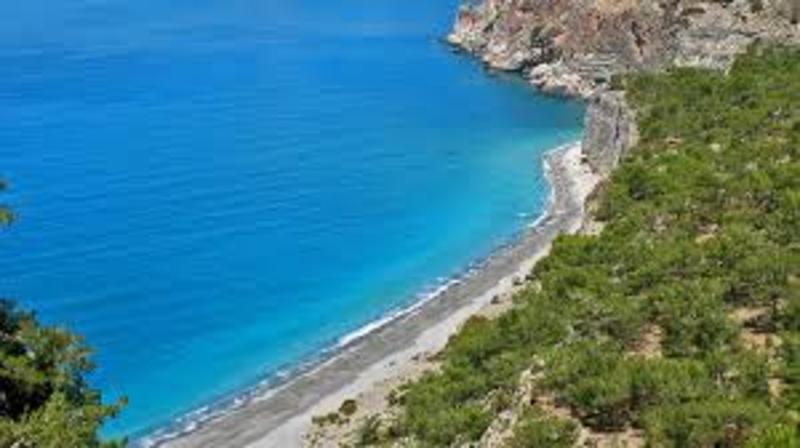