The palace of Phaistos 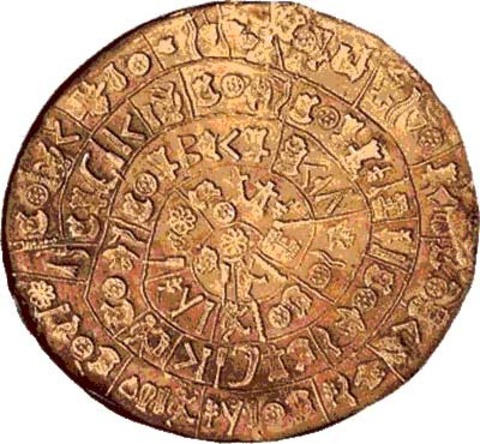 The palace of Phaistos is one of the most important archaeological sites in Crete . It is built on a low hill on the west side of the valley of Messara , just 63km from Heraklion .

Phaistos was a major city in antiquity , independent , autonomous and had its own currency. During the Minoan period was the dominant city of Messara and ran two very important ports , the party and Matala . The city of Phaistos was the most important center of culture after Knossos , during the same period .

The first palace of Phaistos was built around 1900 BC and occupied area 18.000sq.m Around the palace stretched the city . The palace was destroyed around 1700 BC by a large earthquake, which also destroyed the palaces of Knossos and Malia . But very quickly built a new palace more magnificent , in place of the old . The second palace was and what the fate of the first . Destroyed and that around 1400 BC , as well as all the Minoan palaces , probably from high-intensity earthquake . After the destruction of the second palace , third palace was not built but the hill was inhabited .

The city of Phaistos although he lost his old glory after the destruction of the second palace manages to retain its autonomy until they received the power of Gortyn , which destroyed it completely around 160p.Ch. This was the final blow for the city of Phaistos which was one of the brightest centers of Minoan civilization.

It should be noted that special feature of Minoan palaces , the Phaistos and Knossos and Malia and Zakros , is to divide the space around a central courtyard . The courtyard was present in the first palace of Phaistos and incorporated into the second without special changes .

Phaistos reigned Radamanthos brother of King Minos of Knossos and the son of Zeus , as our sources say .

Excavations of the site began in Phaistos 1900m.Ch by the Italian Archaeological Mission . In the palace of Phaistos found the famous Phaistos Disc , which is kept in the Archaeological Museum of Heraklion , but has not been deciphered . During your visit to the palace of Phaistos , you will see the ruins of the first and second palace , the town built on the ruins of the palace , who flourished during the Mycenaean and Geometric period ( 700 BC - 1400 ) and the ruins of buildings of the Hellenistic and Roman period. But most buildings a visitor views during his stay in space , is the palace of the second period , from 1700 to around 1400 BC which was destroyed and the second palace .

You could rent a car in Crete rent a car and visit with comfort and safety the archaeological site of Phaistos , where there is parking to make your stay easier. The site also operates a stand sold archaeological books and travel guides , and canteen .