The Heraklion Archaeological Museum is located in the heart of the city of Heraklion, in Liberty Square. This museum is a gem for the city as it is the most valuable and biggest in Greece, and one of the most important in Europe.

It is very interesting to visit the museum of Heraklion, which although located in the city center of Heraklion, has parking, which makes visiting this easier.

When you visit the museum, you will see archaeological artefacts from different periods of Cretan history-crete, particularly from the Neolithic period to Roman times and from different parts of the island. The collection of the museum with artefacts of the ancient Minoan throughout its evolution, is the most important collection in the world and for this reason, the archaeological museum of Heraklion is considered as a literal museum of Minoan civilization.

Construction of the building began in 1937 until 1940 perfected. Plans to build the museum made ​​by the architect Patroklos quarantine at the site where the museum was built, there was during the Venetian occupation of the island, the Catholic Convent of St. Francis, which was destroyed by the 1856 earthquake.

During the visit to the archaeological museum of Heraklion, you will find that the exhibits presented in chronological periods. Specifically, in the archaeological museum of Heraklion you can see pieces of original paintings of the Palace of Knossos, such as the frescoes of the \"Parisienne\" and \"Bull Leaping\" also goddesses of the Minoans, \"snake goddesses\" as they are called, which keep snakes their hands and large carnivores of the Minoan era.

In addition, you can watch the evolution of pottery from the Neolithic (5.000-2.500p.Ch) by Palatial period (2.000-1.700p.Ch), and admire the \'Kamares pottery \"of palatial period, which reflect issues of the natural world.

Also, at the Archaeological Museum of Heraklion is one of the most important finds of the Minoan period, \"the Phaistos disc,\" which has not yet been deciphered its contents.

During your stay you will see the museum but an amazing collection of gold jewelry such as the \"gold necklace with bees\" and \"Ring of Minos\", even women as objects of ivory combs, and the sacred symbols of the Minoans, \"double axes\". Finally you can see the \"sword with gold handles,\" and many other items featured the life of the Minoans.

The museum also features workshops, a library, and space selling manuals and gadgets copies of the exhibits of the museum. The museum works canteen. 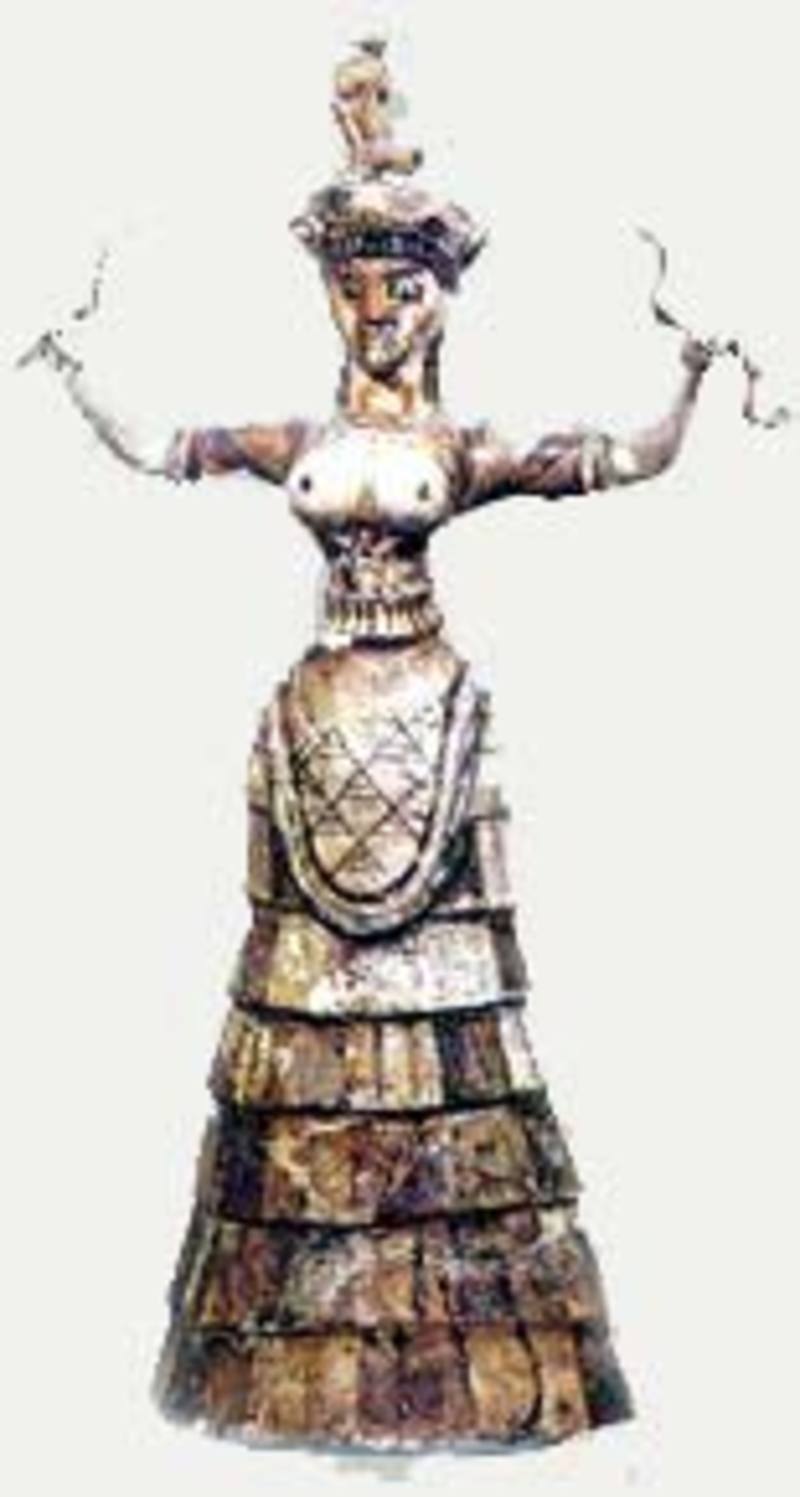