The Lions in Heraklion is the square of the Fontana Morosini, the ornate Venetian fountain with four lions with water gushing from their mouths. The Fontana Morosini is in Eleftheriou Venizelou Square in the centre of Heraklion, but the inhabitants of the city never use the official name, usually referring to it as the Lions Square or the Lions for short.

The square of the Morosini Fountain is the Lions Square. However, our municipal authorities decided to make our lives difficult by naming it Eleftheriou Venizelou Square, honouring the Cretan statesman and later Prime Minister of Greece who played a leading role in the struggle for the Union of Crete with Greece.

Eleftheriou Venizelou Square (Lions Square) is one of the busiest parts of Heraklion. It is never quiet, unfolding its various aspects 24 hours a day, 365 days a year. This is where travellers who arrive in Heraklion by ferry at dawn come for a bougatsa cream pie, while they wait for the city to wake up. Later, through the course of the day thousands of locals and tourists will cross the square, stare at the fountain, check out the shops, sit at a café, eat something quick, or visit an exhibition in the Basilica of St Mark. 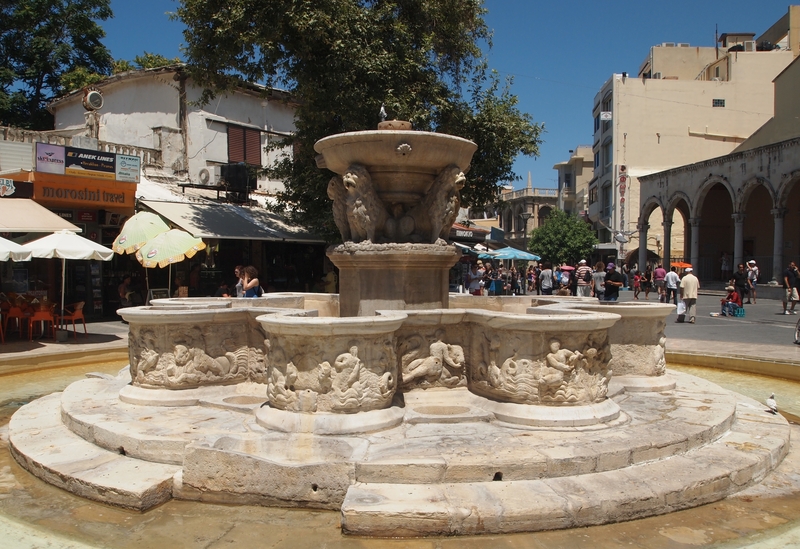 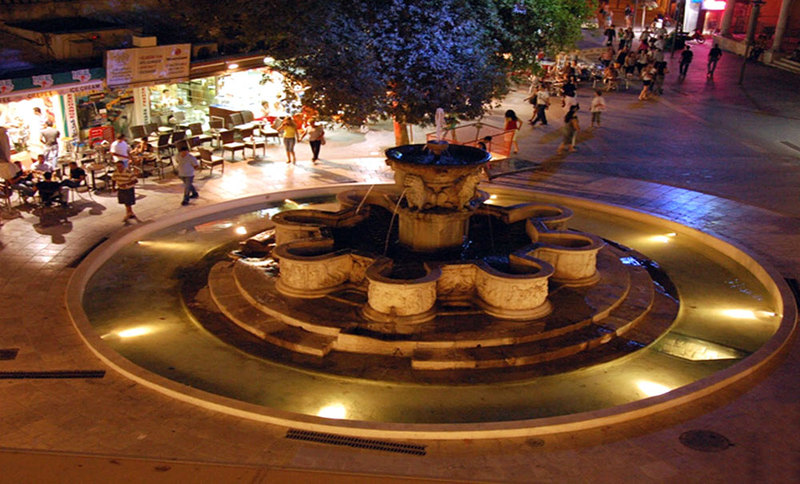